March was extra busy with work of my own to try engage with the local freelancers and self employed people in Deptford. Wednesday nights in a number of local bars and pubs to starting gauging and engaging with who wants to get ‘social and sociable’. To avoid unnecessary whinging (no venue offered any promotion), YT will offer a breakdown of the experiences.  Offered are plus points as per Trip Adviser to mix up what whinges there are, and make this more interesting to read. Constructive reflections are mixed in too.

These meetups were also an opportunity to use the MAZI zone, attempting to capture some thoughts and ideas along the ‘journey’.

A second attempt at the pleasant cafe/bar venue, with good lager on a happy hour till 7pm.  This was the only place that sold green tea with a bonus of coffee from a machine.

Not really. One person gave me an email address after being pitched with the idea of a coworking space and social nights out for local business . YT attempted a diplomatic foray into the  early evening punters to see what happened – flyers left on tables, having a chat with folk; all surprisingly seemed to be self employed/ freelance. Some just lived in Deptford and were based elsewhere, some were leaving the area completely for whatever youthful reason (the person asked was quite young).

Sort of. One young graphic designer managed to chat a few minutes before a phone call terminated any other chances of engagement. Must ‘close the pitch’ tightened up and get that email addy.

Lots of Talking Heads being played; one of my favourite bands.

A couple of friends turned up, one with interest in finding a premises for her business idea, a lady turned up as YT was packing up and regaled me with her Caribbean cooking ideas to the point of exhaustion, even though YT had just eaten some rather reasonable food from the venue kitchen. I did chat with a chap on a nearby table who was leaving the area as he couldn’t afford to stay owing to the rise in rents – apparently he was a social media worker for the BFI.

The cheap Volden beer (£3.30?) was really great. The environment was the usual somewhat isolated big space inhabited with islands of people talking to one another; an irony as YT had created a handout of conversation starters which nobody used.

“Help me get a premises for my scrapstore” – Laura

As this was my friendly local, YT collared various acquaintances and gave out copies of images from my colouring book of Deptford social history, and other little booklets uncovered whilst pursuing my personal archeology dig, also known as tidying up. This was the strategy of ‘engagement’. After the PPS session finished, engaging conversation was had a with very lovely Italian lady interested in the topic of self employment.

YT proceeded to keep drinking the rather good IPA on sale, leaving around closing time. The food is great.

Just me, myself and YT. After an hour sitting, a friend who was returning £20 turned up and we left to the Bird’s Nest where other friends did listen to my passionate pitch about trying to get a social setting and a potential for coworking with local freelancers.

The beer and pizza was great, the shift manager kindly giving a small discount as he had not heard YT would be coming in to host a meet up. This place had the best tables for group working, yet the atmosphere was the most insular of the venues, with people on each table pretty much not interacting at all (or not knowing each other); chatty islands of sociability. One young lady sat down at my table while YT orderd at the bar, silently getting up and moved away on my approach, upon the greeting of ‘How do’- no acknowledgement whatsoever. That reaction did dash hopes of any socialising in quite a pleasant setting without any wifi on the premises, the only place in the tour to instigate such a situation. As such, a perfect place to fire up the Mazizone and to play with the technology, on my own in a crowded bar.

Reflections, such as they are.

Change the name: ‘PPS’ is a tad too arcane for many people, one acquaintance becoming upset; she thought it was to do with PPI insurance, not a good fit at all. After a few people noticing the FB posts, asked ‘what is it?’, YT then indicating the Latin origin and usage.  A good number of people in conversations/pitches echoed this. ‘The last thing you think of‘ is not really a translation, but would have made a not-so-snappy title maybe. One good person said to ‘Get some space, they will come‘, or words to that effect. This makes a lot of sense; not so long ago YT came across a wise aphorism about feeding cats instead of herding them. Attempts are still held in some alternative dimension at the time of writing for a decision on a project proposal apparently never read in over 3 months. The idea and dream of an inclusive work space will not go away, although marketing and some ‘closing the sale’ approaches need to be undertaken to assist in the manifestation. I did also find the name of the landlords (Hindwoods) that works with Lewisham council commercial properties. 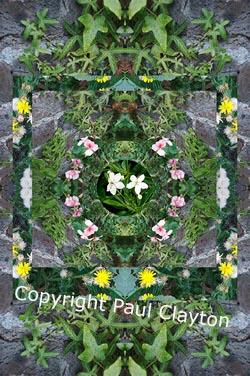